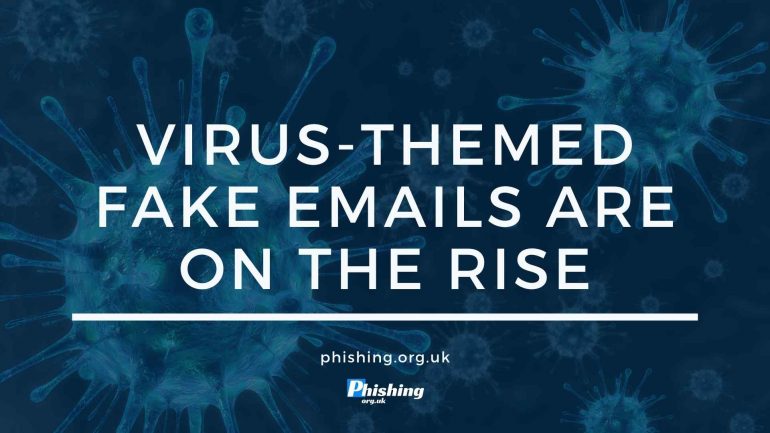 Virus-Themed Fake Emails Are On the Rise

Nowadays, the most common method used by criminals in attacks is to capture users’ personal information. While these attacks cause some companies to have a hard time during the pandemic period, the attackers are experiencing their most successful periods. It is said that there is a large increase in the number of cybercriminal groups in the pandemic; that’s why virus-themed fake emails are on the rise.

According to the reports, there was a noticeable increase in virus-themed fake e-mails during the time the virus exploded worldwide.

How was the Structure of the Virus-Themed Fake Emails?

Emails often use very different topics, from fake mask orders to new information about the disease. Firstly, the goal is to make victims hand over their personal information to hackers—especially the information they use in their financial accounts such as bank numbers and passwords.

In most of the attacks, hackers steal victims’ personal information using malicious attachments. Then attackers used the information obtained through email attachments for other attacks or to steal money.

Since cybercriminals can quickly incorporate recent events into their plans, they use these to deceive people. The most recent incident they have included in their plans is the COVID-19 outbreak. When the pandemic broke out, hackers took advantage of people’s concerns in exactly this way. Confused users fell prey to hackers, and they stole large amounts of sensitive information.

People with a busy schedule often don’t pay much attention to whether their email is legitimate. That’s why hackers target people who work very hard when planning their attacks.

What are the Common Traits of Virus-Themed Fake Emails?

The most common method of stealing information via email is using malicious attachments. The most popular of these is Lokibot.

However, during the pandemic hackers carried out attacks using different methods. Still, email is the most popular hacking tool. Fake emails are behind almost all the attacks that took place during this period.

How to Protect Yourselves against the Virus-Themed Fake Emails?

Our Threat Sharing tool provides all members with a warning system. We offer three sources of threat sharing to the users. At every part of the system, the Incident Response Platform is implemented to provide email incident reporting, analysis, and solution that gives users full resilience and improves responsiveness. Our Incident Response Platform immediately shares the knowledge with the rest of the company after detecting any attack attempts, increasing research at every level.

We offer you a Security Awareness Training tool created carefully for your needs. Try out our training contents like HTML5 Security Training and Animation Training Videos, extra materials such as Posters, Screensavers, Cyber Security Blogs, Recommendations Against Phishing, Ninjio Animated Videos, Security Awareness Games. Use our cyber security awareness tool and increase the knowledge of your employees.